A consideration of the main factors at play behind the current San Francisco real estate market, some of which reflect general macro-economic trends and some of which are specific to the city itself. As we’ve seen in 1989, 2001 and 2008, many of these factors can stall or go into reverse very quickly in the event of a large, negative, economic, political or even ecological event.

In 2016, the market in San Francisco started to cool off somewhat after 4 years of a ferociously high-demand/ low-supply dynamic. By any national standard, it is still a strong market, especially in the more affordable price segments, but it has distinctly changed with listing inventory increasing and buyer demand softening. The influx of newly constructed condos have affected the condo market most of all, especially the luxury condo market. 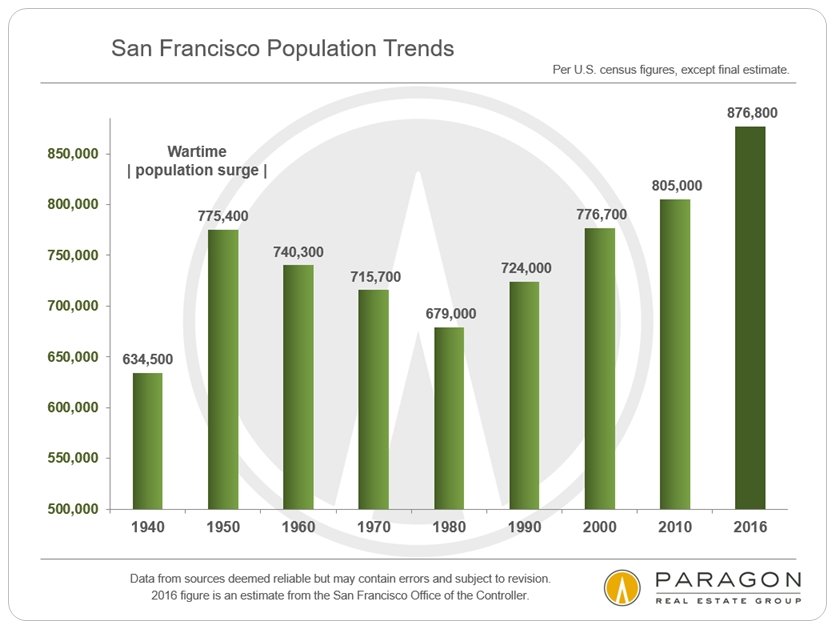 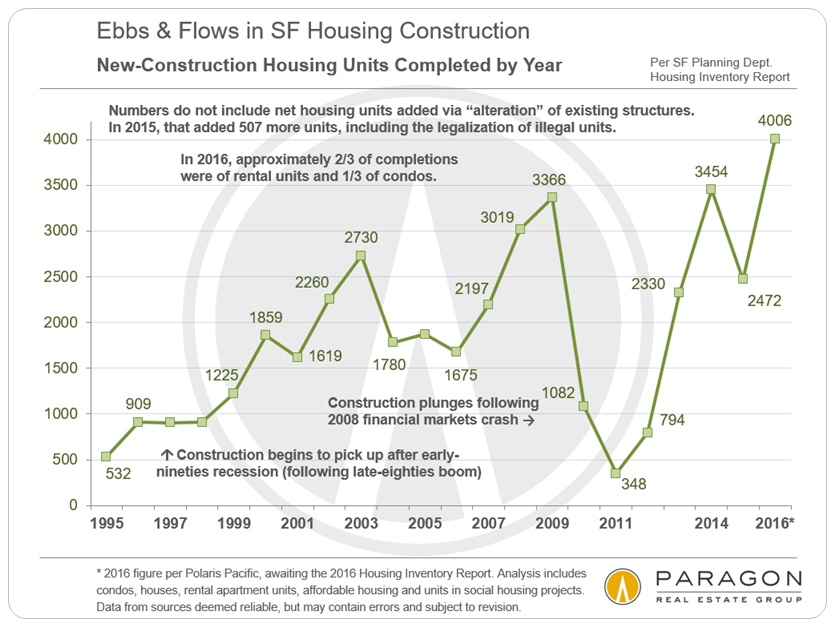 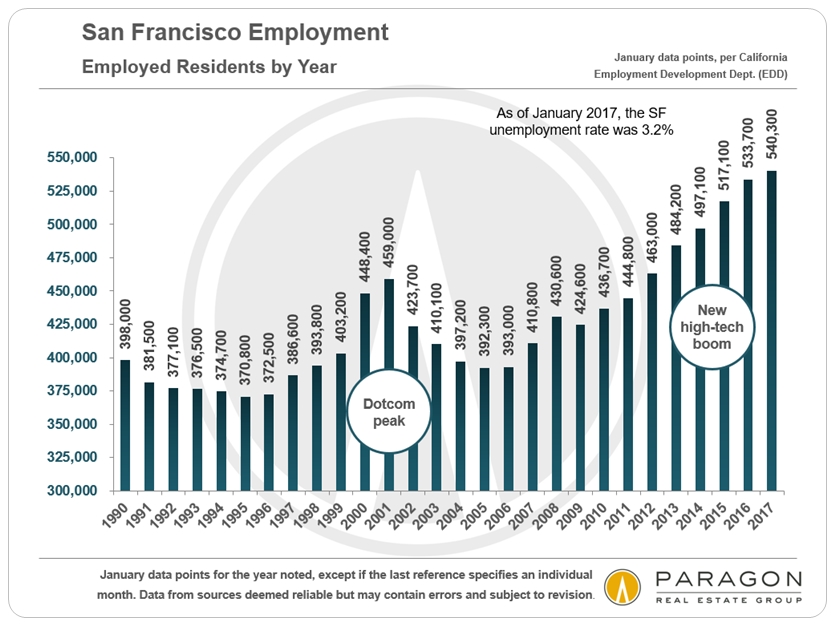 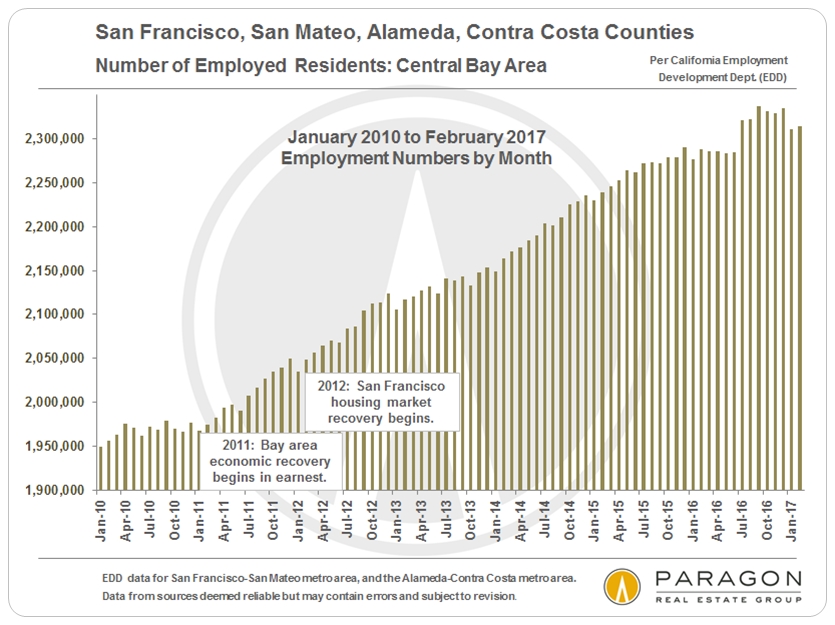 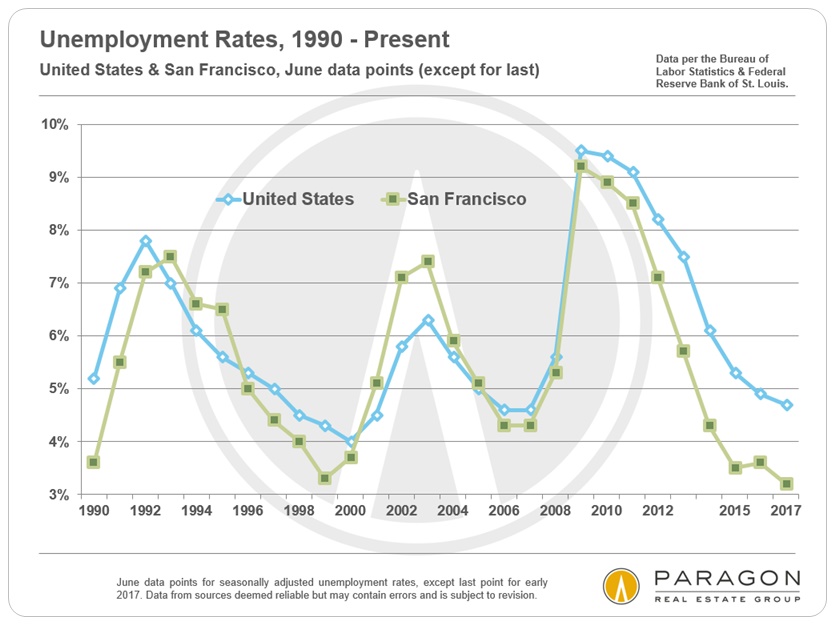 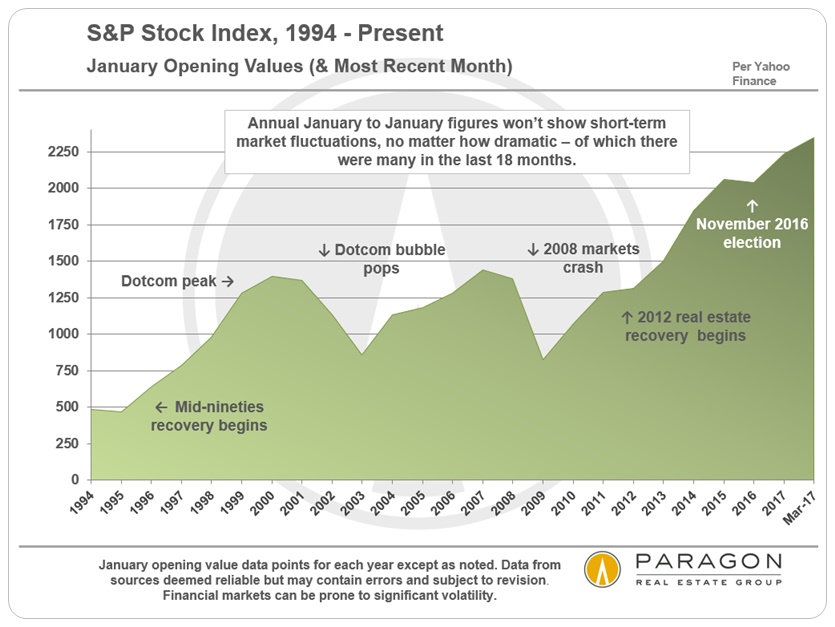 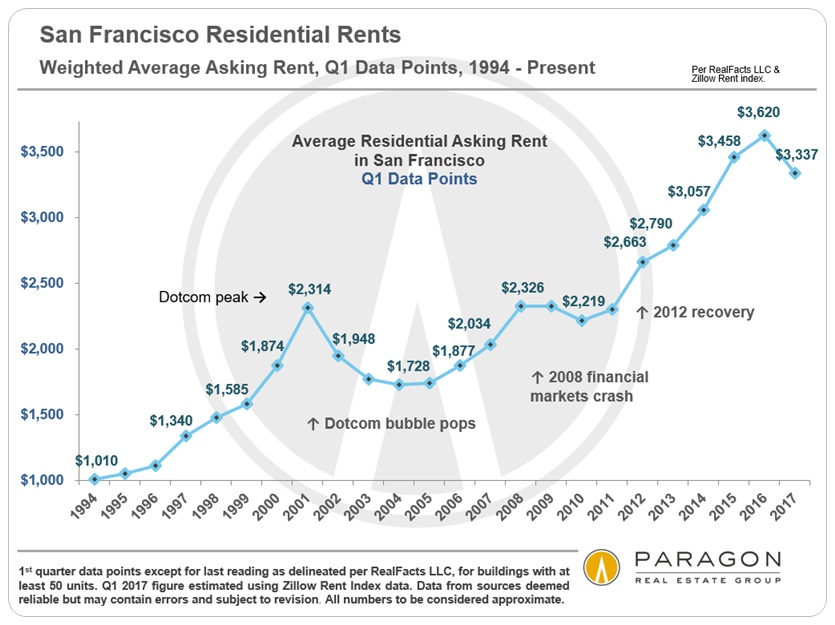 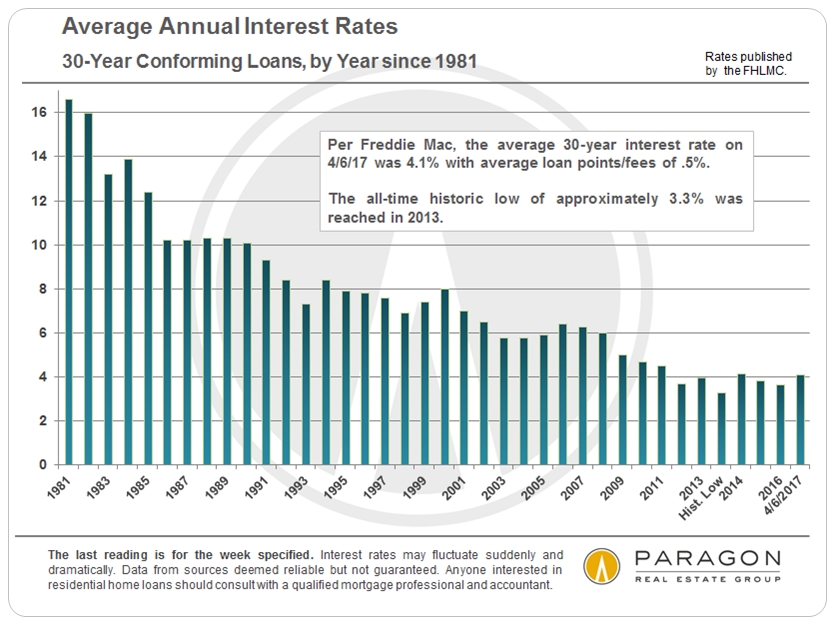 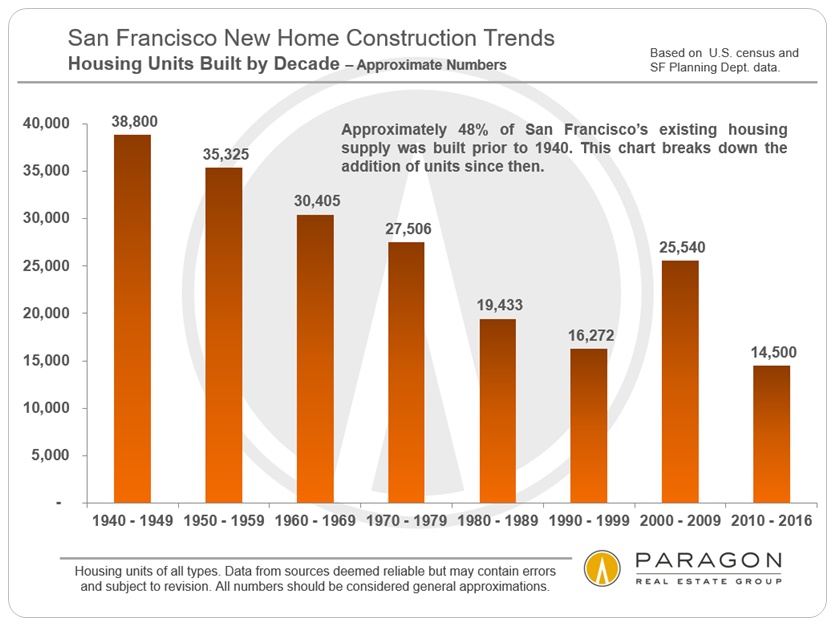 Tax benefits: We won’t count this as one of the 10 factors behind the current market, because the enormous tax benefits of homeownership in the U.S. are always present, boom or bust (until Congress legislates large, unexpected changes to U.S. tax law), but still they are a big factor underlying the housing market. Being able to deduct interest costs and property taxes allows homes to cost (much) more and yet remain affordable to buyers. And there is also the $250,000/ $500,000 exclusion of gains realized upon sale of a primary residence from capital gains taxes: There is not another financial investment we can think of that allows one to reap profits of this magnitude without any tax liability. It’s interesting to note that the tax benefits of homeownership in this country are rarely found anyplace else in the world.

This chart below is a simplified, smoothed-out and approximate look at the last few real estate cycles in the San Francisco Bay Area, illustrating estimated percentage changes in home prices from successive peaks and bottoms of the market. The years between these high/low points are simply depicted here as straight lines (which does not reflect reality). Different market segments – areas, property types, price segments – have experienced varying appreciation and depreciation rates over the years and how this chart applies to any specific property is unknown without a tailored analysis. 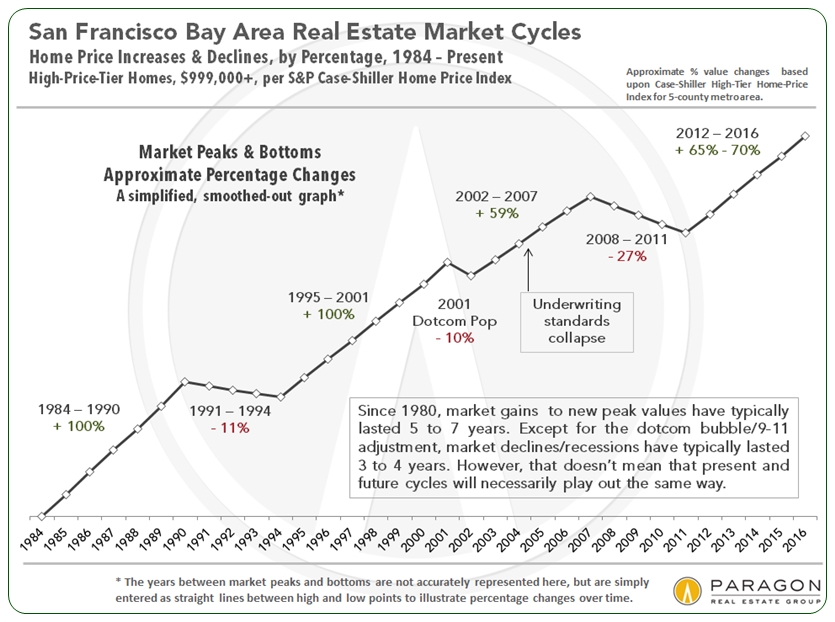 We want to reiterate that none of this implies justification for an ever-appreciating real estate market: Almost all these factors can stall or even go into reverse, and as mentioned earlier, in 2016, conditions began to cool. Real estate and financial markets are prone to a wide variety of extremely complex and hard-to-predict economic and political factors, and they typically go in cycles: up, down, flat, up again (repeat). And economic and market fluctuations are not uncommon within cycle phases. Still, the above factors are, we believe, the fundamental realities underpinning the city’s homes market in recent years.

San Francisco’s real estate market is now heading into the beginning of its 6th year of its current market recovery since the crash and recession that ran 2008 – 2011.